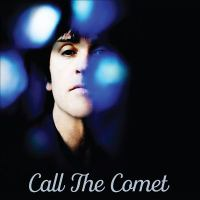 Description
Working once again with producer Doviak for 2018's Call the Comet, Johnny Marr adheres to the meticulously sculpted soundscapes he patented on his 2013 solo debut, The Messenger, but the guitarist's perspective has shifted. Faced with the political tumult of the late 2010s, Marr concentrates on essential humanist traits, crafting songs that aren't so much protests as wishes for a better, kinder world. Empathy is the engine of Call the Comet and the characteristic that separates the album from its two predecessors, The Messenger and Playland. Take away these open-hearted pleas and Call the Comet is virtually identical to its cousins, a gleaming collection of old-fashioned college rock that fuses the skyscraping six-string theatrics of the Smiths with the cool, stylish affectations of Electronic. Marr doesn't disguise the skill fueling his craft, so Call the Comet is more accomplished than compelling, but there is pleasure in hearing how all the parts fit together so tidily. ~ Stephen Thomas Erlewine
Also in This Series

Note! Citation formats are based on standards as of July 2010. Citations contain only title, author, edition, publisher, and year published. Citations should be used as a guideline and should be double checked for accuracy.
Staff View
Grouped Work ID:
468d1d37-d386-9ee6-8087-a192d5a67367
Go To GroupedWork